Athlete of the Month – Scott B.

Scott, or ‘Pistol Not-Pete’ , Is working toward his overall goal of winning the USPSA National Championship, and making great strides.I sat down with him to find out how one of the top pistol competitors wound up in our little corner of the world.

Tell us about yourself.

I am a 62 years old retired mathematics teacher. I am married with 2 adult daughters. I have been competing in USPSA pistol for 20 years.

What made you want to start CrossFIt? Has your motivation changed since joining?

I have never felt mentally old, but I began to feel my physical limitations- getting up in the morning my knees would ache, and after I would do something physical, I would get really intensely sore. So I started looking for a gym and saw people working out in here when I stopped by the hardware store. The first time I tried to stop in the gym was closed, so I stopped by again the next day and met Bren and… the rest is history.  Now, I like the functional fitness, I really believe in doing just that. I’m like a squirrel, I never stop moving to the next thing. So, I like that you never know what’s going to come up the next day.

My initial motivation for joining the gym was to find a reasonable place to workout to sport my sport ( competitive shooting). Now I’ve grown more toward improving my general fitness outside of my sport. I have had to readjust over the last month or so I am able to do all of my competition training and still come here without burning out.

What is your proudest moment at Strategic?

Well, I have 2 moments. So 2 to 3 months after I joined I had finished my first workout at the mens level 1 weight, which I didn’t think I could do, and I recovered in 15 minutes and felt great. And it was a really long workout too. The second one was a few weeks ago when we were squatting. Brendan had said “ You know Scott, there are 25 year olds  that can’t do that the way you do.”- now coming from him it’s a big deal. He doesn’t bs when he tells you something, he is always straightforward when he tells you something, so it meant a lot to hear that from him.

I like to ski and row, with more emphasis on rowing. I really feel like it integrates your whole body- legs, arms, your posture. It’s really one of the most important things, in my opinion, to do here. Oh, and I like to back squat. It’s not easy for me especially in the beginning. I did a 200 pound back squat the other day, if you would have told me a year ago that I would back squat that I wouldn’t have believed you. You were all very patient with me and it helped get me here.

What do you enjoy most about being at Strategic?

The spirit of encouragement. That’s the only way to say it. It is overwhelmingly positive here, and the better the CrossFitter- the more encouraging they are. You, Brendan, Lawrence, Glenn is a monster, Ashley is always giving fist bumps after the workout,  Brandon is another monster- he finishes his workout and comes over to push me. Scott and McKayla are always listening to what I have going on and are thoughtful about how to fix it.

What is your go to cheat meal?

Oh boy! A quarter pounder with just pickles and a medium coke.  Or, if I am near an Arby’s and Arby’s sandwich. I always get Arby’s after I do a match in Foglesville, PA.

What is one thing about you that not a lot of people know about?

That deep down, I am a southerner at heart and a redneck! I grew up following my dad around in world in the Air Force, and we spent time in Great Britain, the south, Texas, here in the northeast… but I’ve always felt like I was a part of the south, southern hospitality and manners and really living in the way of treating others how you wish to be treated. I am also very mentally tough; I can adjust to any situation. And it’s something I learned, so I’m really proud of that.

What advice would give to someone thinking about joining?

Do it. The only limitation that you have is between your ears. The first time I came here I was intimidated- by the abilities of the people around me, the jargon, the movements, the fear that I couldn’t keep up- but I came anyway. People here are welcoming and supportive, so do it.

Yes, I want to thank all of the people, the coaches and other participants, who have been here with me for the past year plus. You hear all the time to never meet your idol, or put someone up on a pedestal, because they will disappoint you. And never in my life would I thought that I would meet someone who broke that… Brendan has been the exception. When I see his body- his sacrifice- and the level of fitness that he maintains, which is 3x harder than everyone else to do, and knowing if he didn’t do all of that what kind of state he would be in. He is overcoming. Every. Day. The single minded focus that he has… He took the initiative to heal himself and won the Working Wounded Games as an arm amputee. He is so compelling… so inspirational. How can you say no to a guy like that? 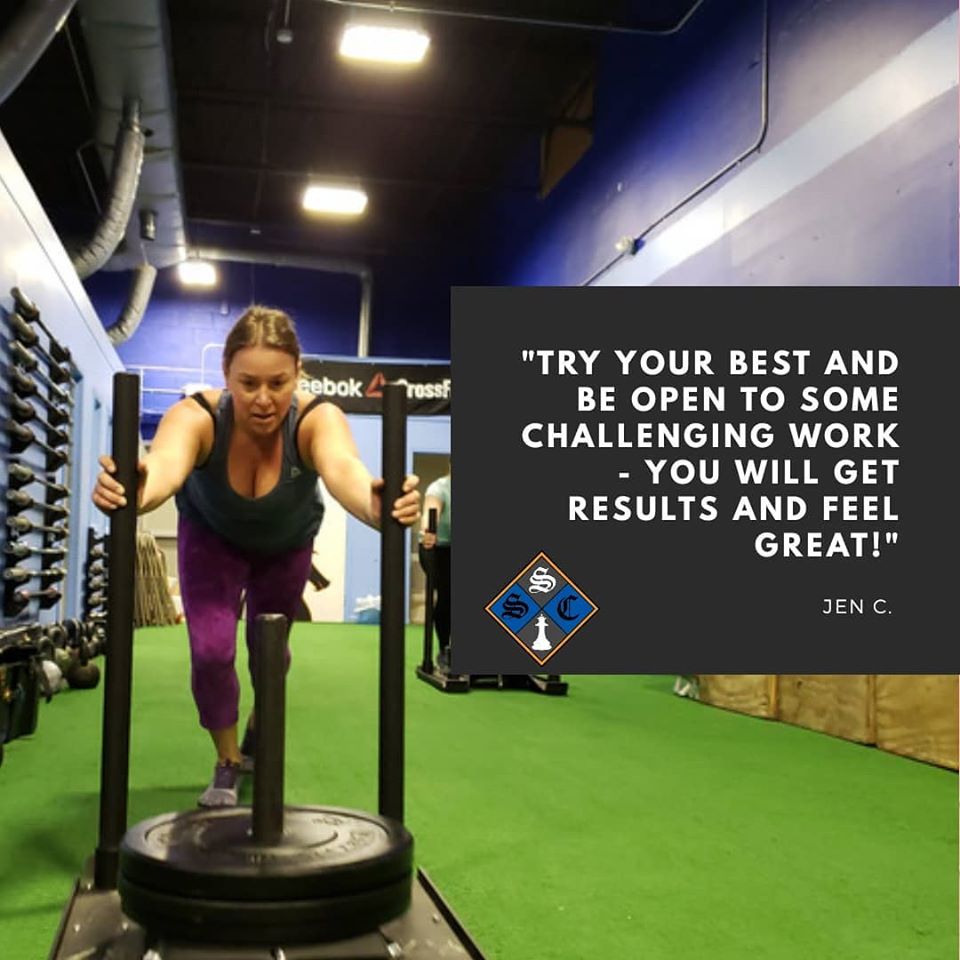 Athlete Of The Month – Jen C. 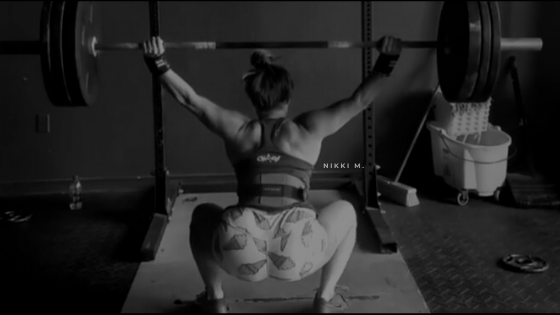 Athlete of the Month – Nikki M.